I recently received a LinkedIn request from someone I didn’t know personally, a Free Code Camper in South Africa. Curious, I clicked on their personal website link… and found a copy of my own website! At the time, my portfolio website looked like this: 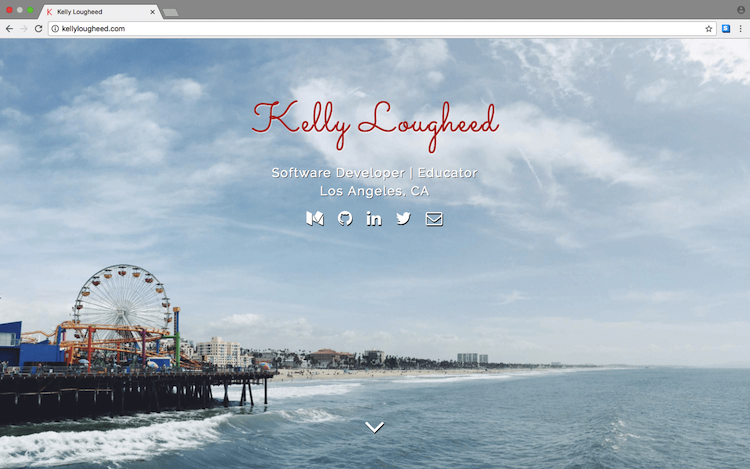 The stranger’s website was identical — he had just substituted his name for mine. The rest of the design was copied as well, from the layout of the projects to the cute little footer which declared this website “made with coffee and sunshine” (with links to Philz Coffee and the weather in Los Angeles, CA) by me — except the stranger had again substituted his name for mine and deleted the link to my original GitHub code.

Outraged, I posted about the situation in the Tech Ladies Facebook group and asked for advice. Several people pointed out that cultural norms about plagiarism differed around the world and advised that I contact the stranger directly, explaining that he had taken my work and asking him to take the website down.

But another person thought that because he claimed credit in the footer and deleted the link to my GitHub code for the website, he knew exactly what he was doing. I agreed, and was nervous about contacting an unknown stranger on the internet: I didn’t want to expose myself to an unpleasant situation.

It only came down when I sent him a DMCA takedown request through GitHub. His code was posted on GitHub, and I pointed out that it was clearly copied from the repo where I stored my portfolio code, which had been uploaded long before his.

I only discovered that this stranger had copied by website by chance, but here are some precautionary steps I’m taking to ensure that I can take action if anyone else copies my code for any other site or app:

1. Upload all code to GitHub.

GitHub details open source licenses you can get that allow other people to use your code. But you don’t need a license for your code to be protected: if you have no license, that means “nobody else can use, copy, distribute, or modify your work without being at risk of take-downs, shake-downs, or litigation.”

GitHub allows you to send DMCA takedown notices when someone copies your code. Unless the user who copied your code contests the takedown, GitHub will automatically remove their repo 24 hours after a takedown notice is issued (and I guess a DMCA takedown notice seemed serious enough that the stranger I was dealing with removed their code voluntarily before the 24 hours was up).

The timestamps on your GitHub commits also allow you to prove that your code came before the copier’s.

I won’t pretend to be a copyright lawyer or know anything about international copyright, but I figure writing copyright (and I am told that using the copyright symbol is important) and “All rights reserved” might at least be a deterrent for copiers.

Imitation may be the sincerest form of flattery, but you should never take code that belongs to someone else unless you have specific permission. When in doubt, ask! I was grateful that GitHub provided a channel to deal with copyright violation, and I hope that others can benefit from the information in this post.